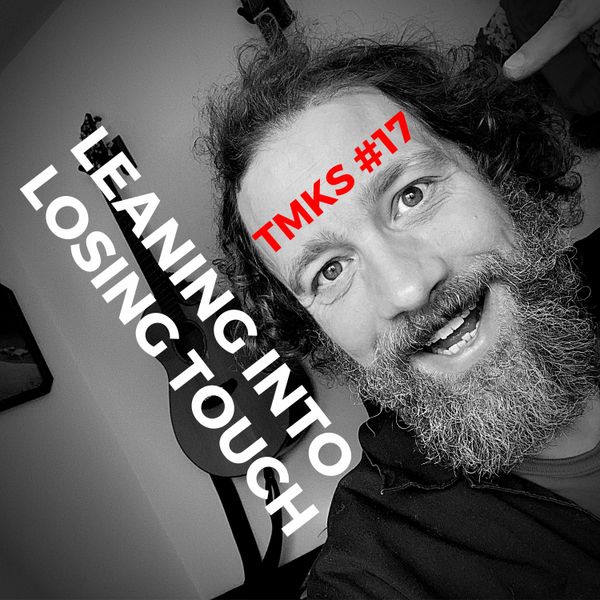 Here we are again. Reintroducing The Matt Kollock Show. Reframing and recontextualizing. And this is exactly the way I want it!

Kind of a Course Correction

I said a lot of stuff in the previous episode of the podcast. I stand behind it all! However, I realized I was building a house I didn't want to live in. What?

I said I wanted the podcast to be about certain things last week, and I do want the show to include the topics, ideas and themes I talked about in that episode. I just really don't want to devote the show to anything ever, at all. I only want it to be about what I am inspired to talk about in the moment. Otherwise, it's going to be tough getting episodes done.

Guests will be on the show soon, and a feedback show is in the works. I'm going to do those things. But I'm not going to be a fundamentalist about making the podcast about one thing or another. And I felt myself kind of going there a little bit last week.

It's been suggested recently that I'm, "losing touch with reality." Instead of proving that I'm not, I'm going to lean into it. It's a different perspective. It's more fun. It's what's working.

To be clear, all that shit I said last week is still happening. It's all just going to happen on my terms now. I want to have fun with this show and be inspired to create more episodes more regularly. I'm only going to make that happen if I make it fun for myself.

So I guess that's what I mean. You'll hear all about it in this episode's cover story!

Here's most of the stuff I remember talking about on today's episode of the podcast:

Thank You for Helping to Grow The Matt Kollock Show

Friends, the show is growing! And it's all because of you. I appreciate your listenership and your downloads. Thank you so much!

If you want to show additional support, I encourage you to subscribe to my Patreon. It's cheap and easy! As I mention on today's 'sode, new content is going up over there soon. Really soon. Watch for episode 17.5 in a day or two, okay?

I guess that's about it for now. Oh yeah, I've been doing some guitar videos over on Instagram that people are digging. Check me out over there if you're into that sort of thing. I have fun doing it.

All right. Thank you. I love you. Shine on!